Akane appears as Makoto's older sister from the first volume of the comics.

She is a usually travels the world.

In order to see Makoto, who became independent as a witch, she came to the Kuramoto family diligently, and each time he presented travel souvenirs and magic.

Outspoken and kind, Akane is a full-fledged witch of immense talent. While taking on a mentor position to some of the characters, she also radiates an air of casual carefreeness.

Akane loves her sister and other family very much and goes out of her way to frequently visit her. When she is not visiting, she is traveling the wide world and is sometimes shown on her travels. Inukai is her good friend and drinking buddy. Chinatsu Kuramoto is her student. Akane has a cat familiar called Kenny and frequently acts very cat-like herself, in her expression and habits. 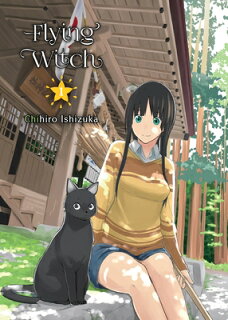